The block foundation is this home in Honeoye, NY was failing. It had been giving way to hydrostatic pressure for years. Woodford Brothers were able to straighten the wall immediately using our patented method of wall pushing called the Woodford Wall Pushing System. First, the soil against the exterior of the foundation wall is excavated. Next, the WWPS brackets are installed using leverage from the slab floor to push the wall straight. After that, holes are drilled into each core of the top course of the block to allow for pouring concrete into the wall. This solidifies the wall and helps boost its strength against hydrostatic pressure in the future.   Before the soil was backfilled some drain tile was placed to help control the water that will pool against the foundation. 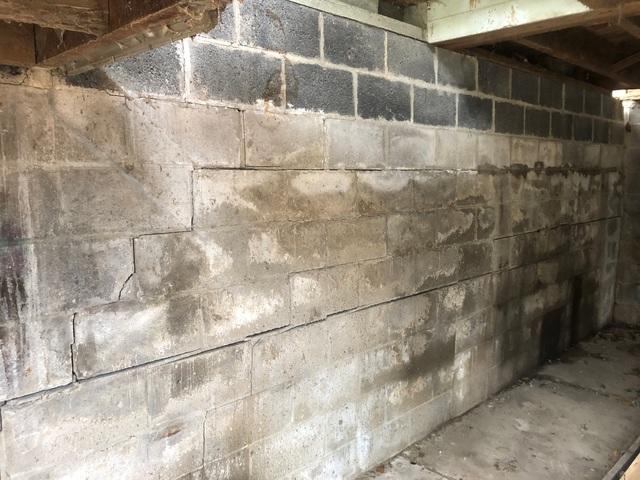 This block wall has succumb to hydrostatic pressure, causing it to crack and bow inward. 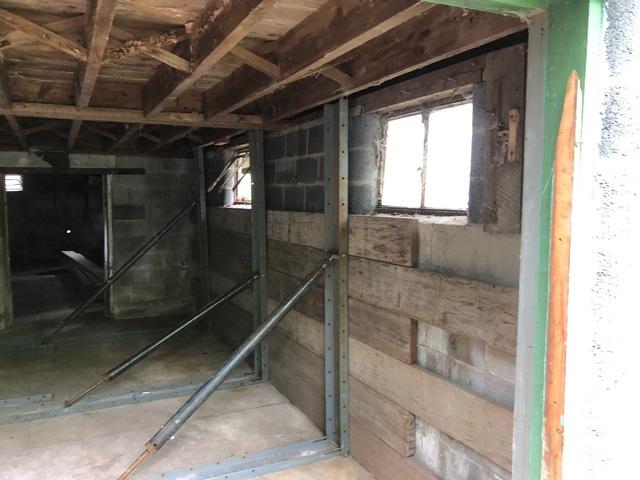 The exterior of the wall is excavated and the WWPS is temporarily installed to push the wall straight. 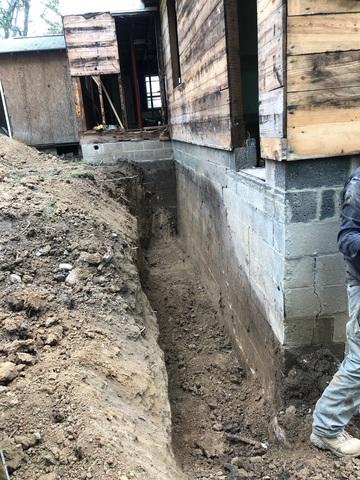 The wall is excavated to take the pressure off the wall so it can be pushed back straight immediately. 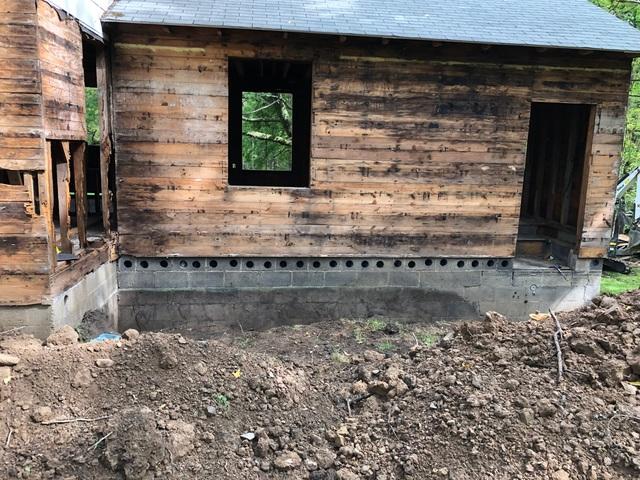 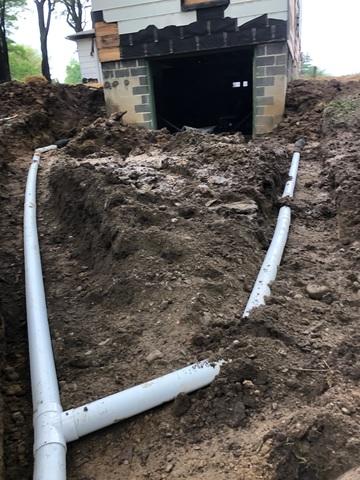 Buried piping called EZ Flow is installed prior to the excavated material being backfilled. This property had steep enough pitch to drain the collected water downhill away from the house.