Those cores are then filled with concrete for added reinforcement. The result is a repaired CMU foundation wall that is structurally reinforced with rebar and corefilled with concrete. An exterior drainage system is installed in addition before the area is backfilled. 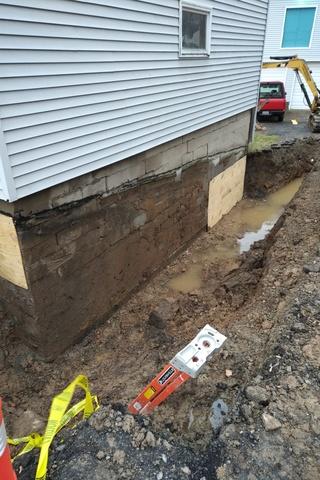 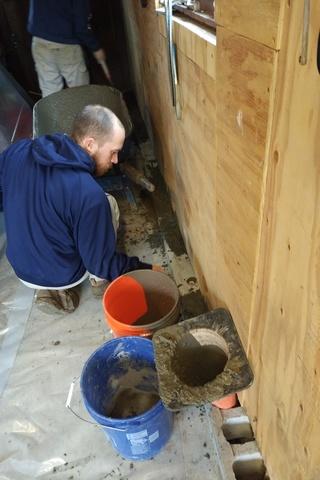 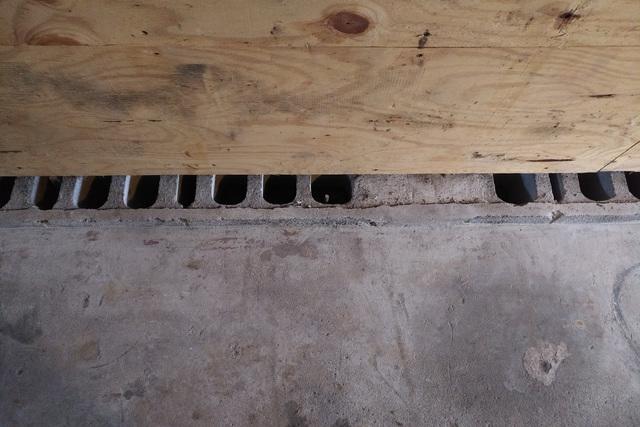 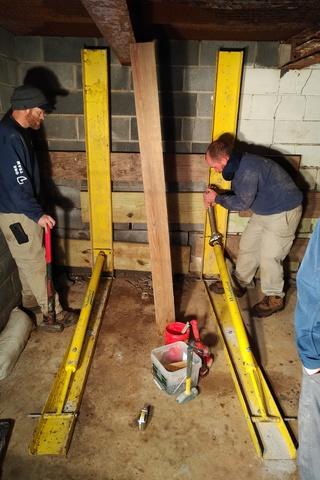 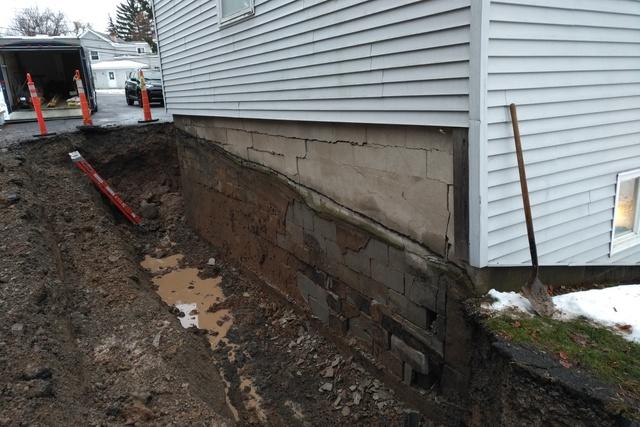 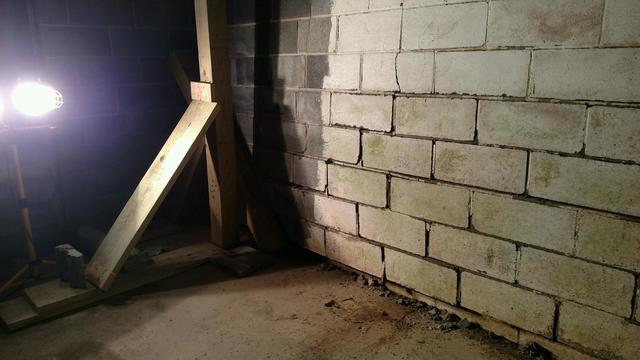 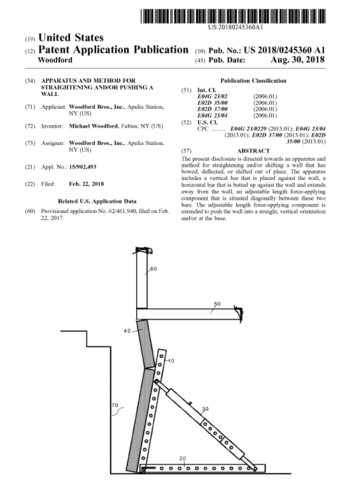