A home built in the 1870's in Oneida NY was settling. The home owners would notice cracks in the drywall that would get progressively worse. Repairing the drywall became a regular occurrence. There was also a noticeable downward arch in the roofline of home from years of settling. This particular part of the home was built with posts on grade. Through years the posts were exposed to the elements causing the wood to weaken and the posts to settle into the ground.  Since there was no stone, block, or poured foundation to repair or lift back up, what could be done?

The first step to solving this problem is to remove the sheathing that surrounds the underside of the house to expose the posts and sill beam. After this step was complete, it became apparent that the sill beam that the house rested on was not in good enough shape to hold the house up anymore. So the next step was to temporarily hold up up the house with bottle jacks and a temporary beam. This way the home could be lifted back to it's original position and the sill beam could be replaced. The crew then removed all the old failing posts posts and began the excavation to dig below the frost line. Installing the bases below the frostline ensures that the new concrete bases will not be subject to frost heave. Once they dug 4 feet down they formed and poured concrete bases for each new pressure treated post. Once in place, the new posts are attached to the sill beam and Y-Bracing is added to prevent any horizontal shifting. The final steps are to remove the temporary supports and install new sheathing /skirting to finish the job. Now the home owners know that the home is stable and the days of constantly repairing the sheetrock and worrying are behind them. 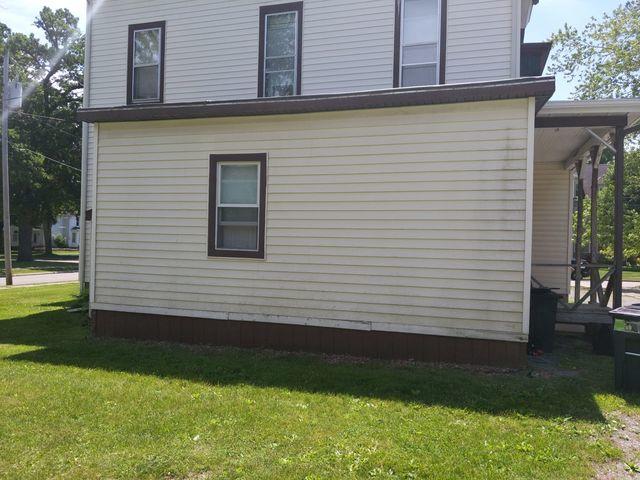 Downward arch at roofline from settlement 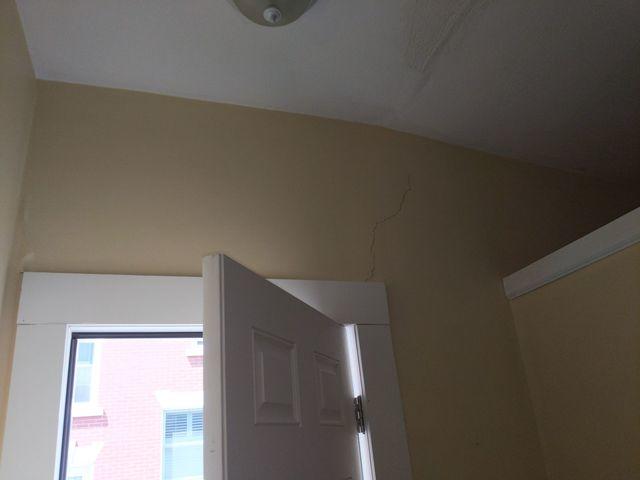 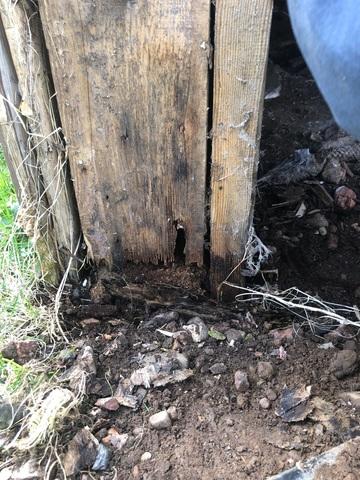 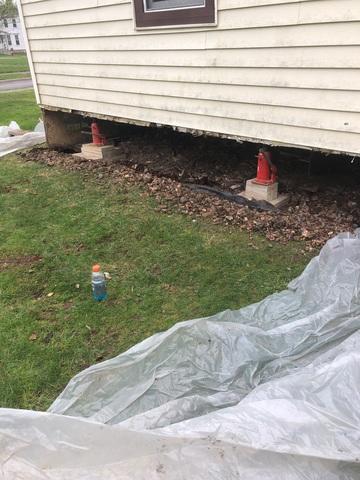 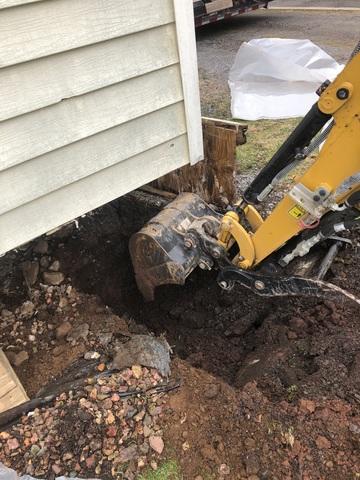 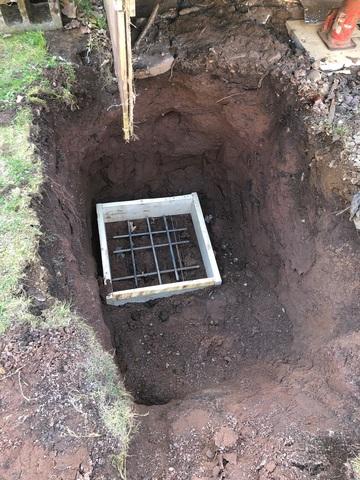 Concrete base form with rebar 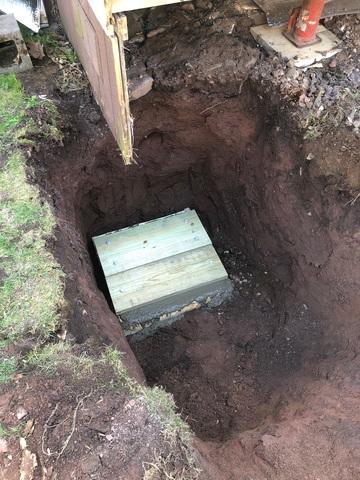 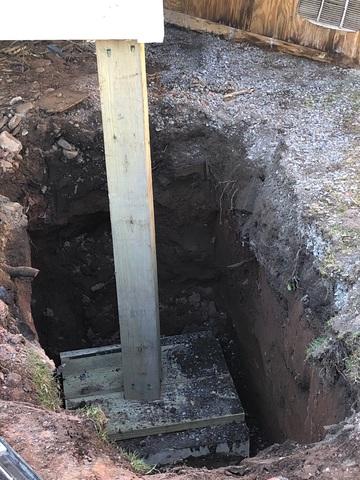 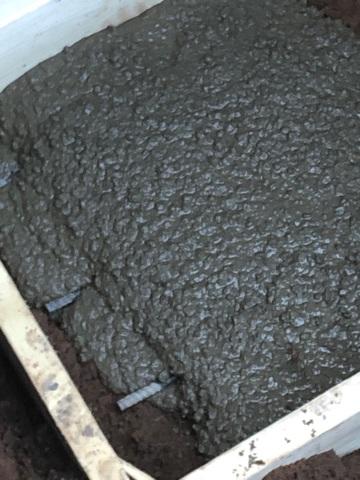 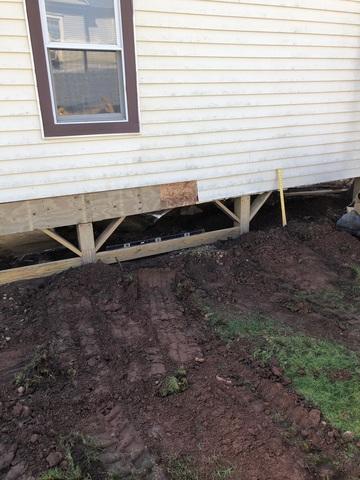 Completed posts with Y-Bracing and backfilled

Back to Previous Page
Back to Case Studies 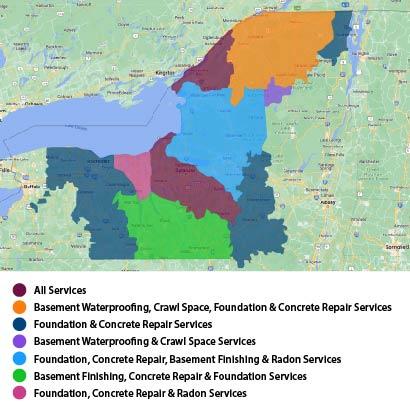