Kevin's home in Georgetown, NY had a crawl space encapsulation problem. Kevin had been in his home for years but knew he wanted something done about his crawl space. The problem wasn't really water, but spider webs and animals lived all through the area. Kevin said at night he could hear things crawling around down there. Kevin took care of the rodent problem and now wanted the entire place clean.     Many homes have wasted space in crawl spaces. Crawl spaces can turn into an unconventional storage area. Perfect for Christmas decorations, boxes of memorabilia, or kid's toys. What makes crawl spaces perfect is most storage areas have shelves. Crawl space is just an open area for hard-to-store stuff. You know the things that don't fit perfectly on a shelf.   Kevin's main two problems with his home.   The first thing was the air in his home. Every spring Kevin could get a whiff of musty air. He knew the smell was coming from the crawl space. To help with the problem he would hook up a fan to blow the air around. This seemed to help some but it never really got rid of the problem.   The second big issue Kevin had was storage. Kevin did have a big garage, but lugging decorations and things out to his garage was a pain. Not to mention the garage wasn't heated or air-conditioned. So the elements would ruin anything if it wasn't protected.   One day while watching TV Kevin saw our commercial. He had heard our reputation but never knew we worked on crawl spaces. As soon as he saw that he called us right away. Kevin shared his vision for his home with our Design specialist. Our Design Specialist should Kevin our crawl space encapsulation system called CleanSpace.   CleanSpace is a system that seals the entire space getting the bad air out and keeping it out. Gone are the days when you use fans to blow around the air. Now it's... get the bad air out and keep it out.     Our crews installed clean space into Kevin's crawl space. Kevin was so excited he shared this review on Facebook.   " Thank you to the guys at Woodford Bros for the great job of turning my dark dirty crawl space into a clean useable space. Workers were great to work with and finishing in a timely manner. Thanks again " -Kevin       Do you want more unconventional storage in your home? It's just a call away.     Water in your basement? Cracks in your foundation? Leaky foundation walls? Call Woodford - we can help! Woodford Bros., Inc. specializes in basement waterproofing, foundation repair, concrete leveling, Barn Restoration, and radon mitigation.   Founded in 1962, Woodford's original focus was foundation and barns. Now, we do basement waterproofing, concrete leveling, radon mitigation, and basement finishing. That's why Tom and Mike got the name "Basement Brothers." Honesty and hard work are at the heart of what we do, as modeled by our owners Tom and Mike Woodford. Our headquarters is in Apulia Station, outside of Tully, NY. We serve all of Central New York, including Syracuse, Rochester, Binghamton, Oswego, Ithaca, and Auburn. 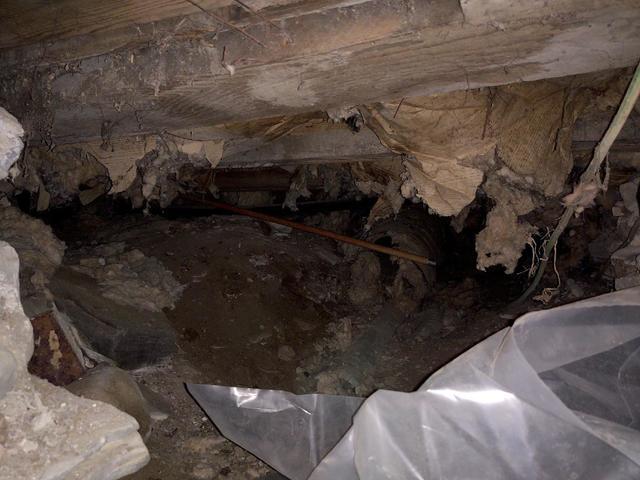 this area we had to remove some dirt 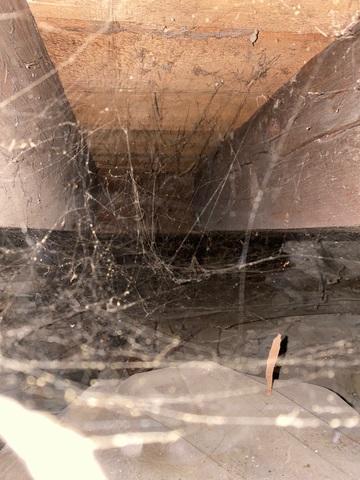 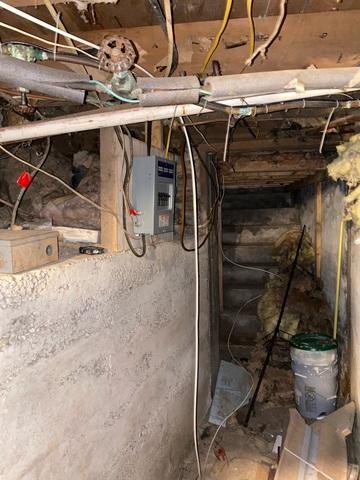 Kevin stopped using this hallway due to the mess 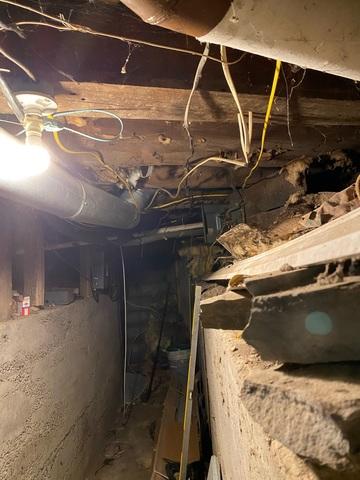 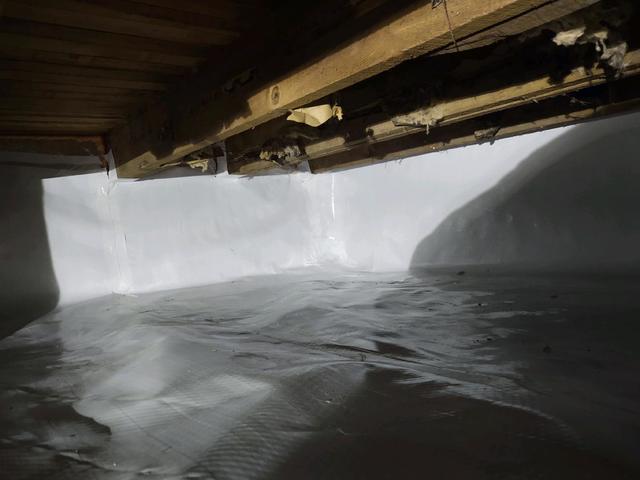 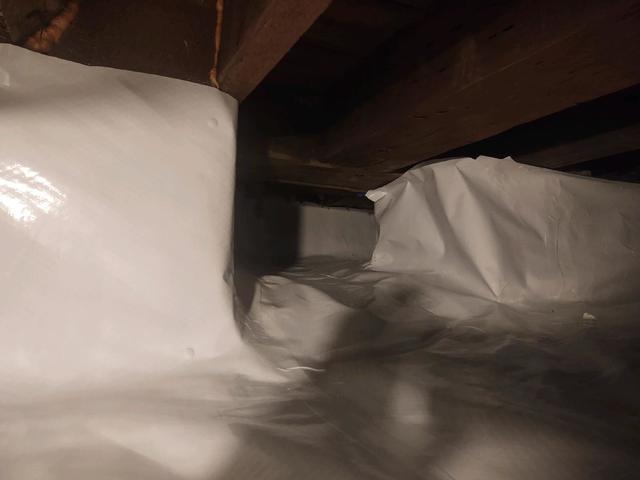 all the bad air is gone. 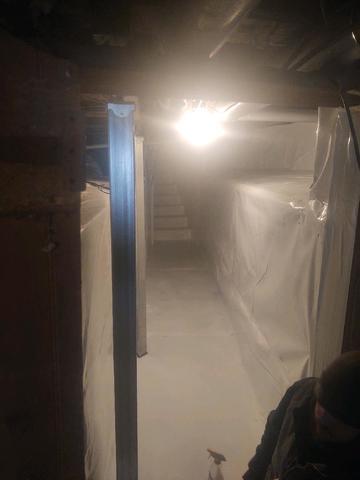 Crawl Space before and after 2 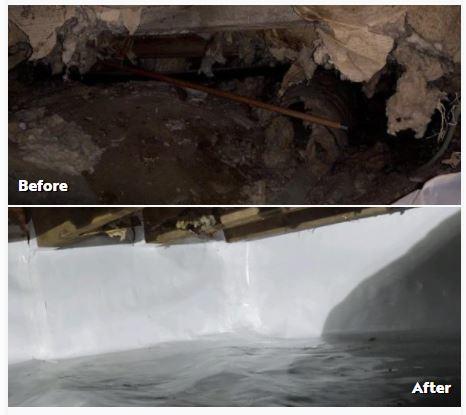 Crawl Space before and after

Before & After Photos: Crawl Space Storage Ideas after repair and encapsulation
Back to Previous Page