Bonnie's home in Spencer, NY had a sagging floor problem. Bonnie knew her Tioga county house had crawl spaces and she just didn't know what to do. The problem was weird. Sagging floors and a musty smell. She called the crawl space experts at Woodford brothers to fix everything. Our crews now only sealed the crawl space, but they also install a foundation fix. Now Bonnie's floor are solid and since this was all done at once saved her thousands.   Water in your basement? Cracks in your foundation? Leaky foundation walls? Call Woodford - we can help! Woodford Bros., Inc. specializes in basement waterproofing, foundation repair, concrete leveling, Barn Restoration, and radon mitigation.   Founded in 1962, Woodford's original focus was foundation and barns. Now, we do basement waterproofing, concrete leveling, radon mitigation, and basement finishing. That's why Tom and Mike got the name "Basement Brothers." Honesty and hard work are at the heart of what we do, as modeled by Tom and Mike Woodford. Our headquarters is in Apulia Station, outside of Tully, NY. We serve all of Central New York, including Syracuse, Rochester, Binghamton, Oswego, Ithaca, and Auburn. 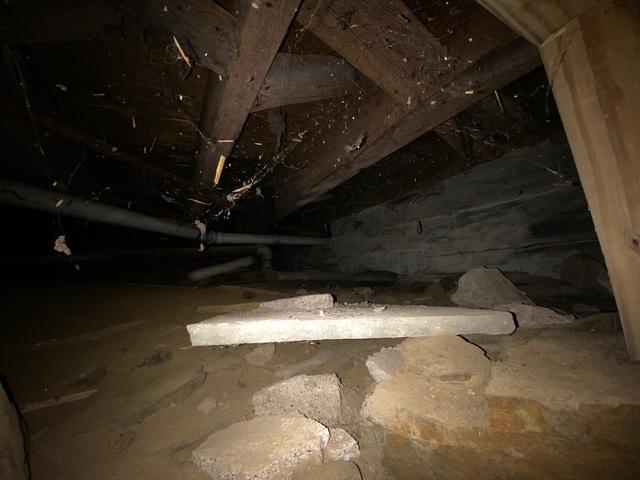 the musty smells and sagging floors were the problems. 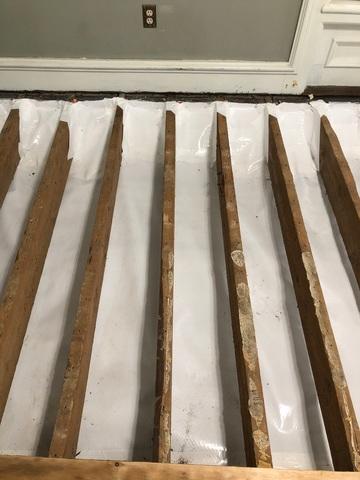 Our crews had to go through the floor to get at this space.

floor is sealed and ready for carpet. Now this floor no longer sags or has that musty smell.